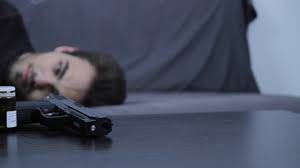 Suicide is referred to as the act of intentionally taking one’s own life through one’s own actions. There are different causes of suicide, and one of the major cause is Addiction. Addicts are at a high risk of suicide because of the want to end whatever addiction which has controlled them so far.

Addiction is a well-known mental health problem, and suicide is usually one of the foremost options which addicts turn to. The fact is people who commit suicide eventually, did not do so because they want to die, they carried out the act because they simply want to end the pain. So, if someone around you frequently talks about suicide without any reasons for wanting to commit it, such person might be going through something really serious, and it would not be surprising if it is an addiction.

People who want to commit suicide can go as far as surfing the web for different ways to die, or they could also resort to the use of various substances around them such as using a knife, gun or an overdose of some pills.
The following are possible signs of someone who is about to commit suicide:

1. Speaks about death quite often
2. Making plans for his or her loved ones after they are gone
3. Starts to avoid people, always giving excuses for not being present for functions which they would normally attend
4. Always in despair
5. Mood swings
6. Insomnia
7. Enhanced intake of drugs and alcohol
8. Carrying out of reckless acts

It is advisable to take all the warning signs of suicide seriously, as you could be saving a life without you knowing. Addicts who always consider suicide as a first option are usually easy to spot, and they can be easily convinced provided they have someone to talk to; someone who would help ease their pain by simply listening to them and proffering feasible solutions. For addicts, breaking free from an addiction is not something which can be done immediately, it is a gradual process which they need a professional to pull through. Most addicts are fond of trying to tolerate an addiction with the hope that it would leave them someday. If an addict is not attended to or has no one to turn to for help, the end might be disastrous, which in some cases, could be suicide.